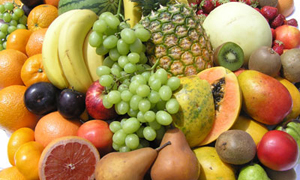 Researchers have found that certain foods and dietary patterns help in preventing and also controlling diabetes.

In a study conducted by Joslin Diabetes Center and Harvard School of Public Health, researchers have found that nutrition can be used as a medicine to control diabetes.

They found that people who ate Mediterranean diet with foods such as olive oil, whole grains, leafy vegetables and fruits had a lower risk of developing diabetes even when they did not lose weight.

Foods associated with a higher risk of diabetes include red and processed meat, sugar-sweetened beverages, and refined grains such as white flour.

Recent studies have shown that eating the right kind of fat is beneficial to health.

The Joslin nutritional guidelines for diabetes recommend a diet with relatively high amounts of healthy fats and protein but moderately low amounts of carbohydrates.