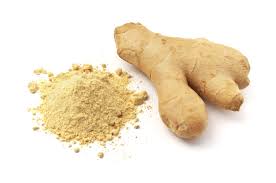 Ginger has been considered as an anti-inflammatory for more than 5,000 years in traditional Chinese and Indian healing modalities.

A 2014 study published in the Central European Journal of Immunology, found that ginger excited runners’ immune systems who incorporated the root into their diet for six weeks, enough to keep wear and tear from heavy training.

The study involved 28 well trained male runners for a 12 week training block. After 6 weeks, the runners did a treadmill run to exhaustion. Immediately after the treadmill, they were tested for the levels of 3 types of cytokines which are the markers for inflammation and found to be higher.

For the next 6 weeks training, some people were given 500mg of powdered ginger 3 times a day. At the end of the training cycle, again treadmill test was conducted and the runners were tested for the cytokine levels after the test.

Results showed that there was a decrease in cytokine levels compared to the one which was done before.

Ginger is widely available as a supplement in capsule or powdered form. A 1-inch piece of crystallized ginger contains about 500 milligrams of ginger, while a cup of strong ginger tea contains about 250 milligrams.