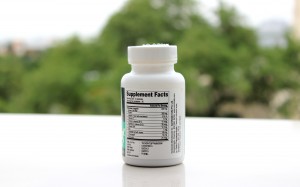 Solazyme, a San Francisco Bay Area green tech company and the University of Manitoba has secured a patent for the use of a strain of microalgae called Chlorella protothecoides to treat people with impaired glucose tolerance and diabetes.

The patent claims that the traditional treatment for diabetes and other illnesses will be reduced or eliminated once people start consuming algae.

The company is also using the algae strain to boost the relative abundance of beneficial microorganisms in the stomach.

Researches carried out so far have suggested that taking algae can lower the blood sugar levels. For instance, a study carried out at the Department of Pharmacy, Chia-Nan University of Pharmacy and Science, in 2008, has proved the ability of Chlorella in treating diabetes. In another study, carried out at the Research and Development Department, Sun Chlorella Corporation, Kyoto, Japan, there was also reduction in body fats and cholesterol in addition to blood sugar levels. Scientists found that the genes involved in the above mechanisms fluctuated and that taking algae altered the people’s metabolism.

It could be noted that the American Diabetes Association estimated in 2012 that 29.1 million Americans suffered from diabetes. For people who want to lead a healthy life, algae-fortified food may be their only choice.