Beta carotene belongs to the group of pigments called carotenoids. Carotenoids are a class of natural fat-soluble pigments found principally in plants, algae and photosynthetic bacteria. Beta carotene acts as a provitamin-A and is converted to vitamin-A in the human body.

Vitamin A play an important role in vision, bone growth and health of the immune system. Vitamin A also helps the surface of eyes, mucous membranes and skin be effective barriers to bacteria and viruses, reducing the risk of eye infections, respiratory problems and other infectious diseases.

Vitamin A can be sourced from the food we eat, through beta-carotene, or in supplement form. The advantage of dietary beta-carotene is that the body only converts as much as it needs. Excess vitamin A is toxic. Toxic vitamin A levels can occur if you consume too many supplements.

Vitamin A eye drops also have been shown effective for the treatment of a specific type of eye inflammation called superior limbic keratoconjunctivitis.

Vitamin A, at least when in combination with other antioxidant vitamins, also appears to play a role in decreasing the risk of macular degeneration (AMD). In the landmark Age-Related Eye Disease Study (AREDS) sponsored by the National Eye Institute, people at high risk for the disease who took a daily multiple vitamin that included vitamin A (as beta carotene), vitamin C, vitamin E, zinc and copper had a 25 percent reduced risk of advanced AMD during a six-year period.

It also appears that a combination of vitamin A and lutein may prolong vision in people suffering from retinitis pigmentosa (RP). A recent four-year study conducted by researchers from Harvard Medical School and other prominent universities found that individuals with retinitis pigmentosa who took daily supplements of vitamin A (15,000 IU) and lutein (12 mg) had a slower loss of peripheral vision than those who did not take the combined supplements.

Because beta carotene is converted into vitamin A in the body, it’s likely beta carotene (provitamin A) offers similar eye benefits as the pre-formed retinol type of vitamin A, though more research is needed to confirm this.

In early 2011, researchers at Columbia University Medical Center (New York) found that a synthetic, altered form of vitamin A might be able to slow the progression of Stargardt’s disease, an inherited eye disease that causes severe vision loss in young people. (Source)

Beta-carotene may slow down cognitive decline

Men who have been taking beta-carotene supplements for 15 or more years are considerably less likely to experience cognitive decline than other males, researchers from Harvard Medical School reported in Archives of Internal Medicine (November 2007 issue).

Oxidative stress is thought to be a key factor in cognitive decline, the researchers explained. Studies have shown that antioxidant supplements may help prevent the deterioration of cognition.

The researchers emphasized that there may have been other factors which contributed to the slower decline in cognitive abilities among the men in the beta-carotene group. (Source)

Beta Carotene – Risks and Side Effects

Increases the Risk of Cancer in Smokers 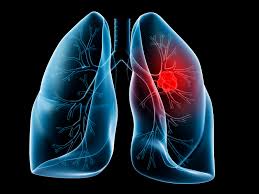 In 1996, another research study by Fred Hutchinson Cancer Research Center, Seattle, Washington, discovered that individuals at high risk of developing lung cancer, i.e., current smokers and asbestos-exposed workers, should be discouraged from taking supplemental β-carotene (and the combination of β-carotene with vitamin A) (Source).